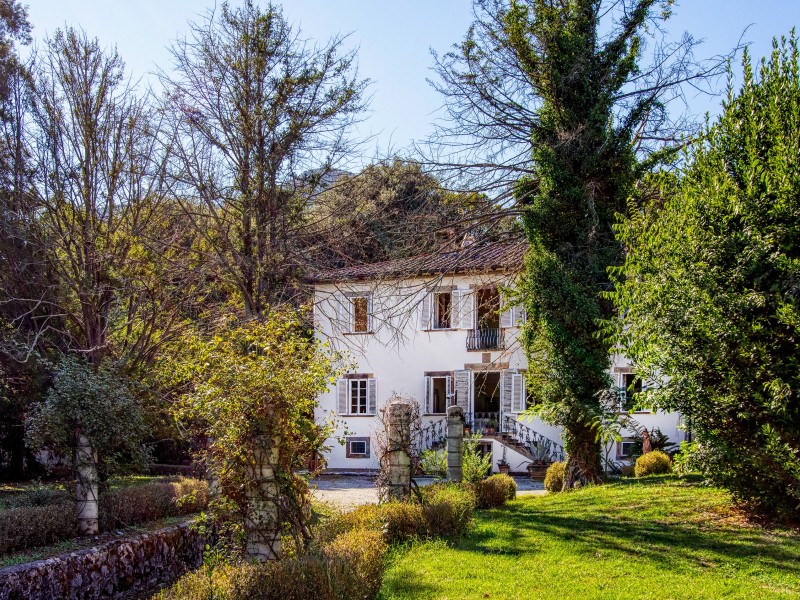 In the Lucca hills between Lucca and Camaiore there is a historic residence inserted in the village of late Roman origins, the villa perfectly restored respecting the time of construction is developed on three floors as well as the basement: the entrance is on the ground floor in the large room with a living room, to its sides are the dining room with fireplace, the kitchen with fireplace; going up to the first floor you are greeted by the other room with a large Renaissance fireplace, two communicating bedrooms, one with a fireplace, a smaller bedroom and a large bathroom with a white Empire marble bath tub; on the second floor there are two double bedrooms as well as a bathroom. The basement, also accessible directly from the garden, consists of two large rooms, plus a large cellar for tool shed and bathroom. Externally on the west side there is the swimming pool in full sun and panoramic view, built in the spring of 2019, the garden is about 5500 square meters on it insists ancient stone building to be restored with other garden surfaces. The hamlet, located behind the villa and halfway up the hill, is made up of 12 real estate units as well as a chapel, three of which are in a good state of preservation and the others need restoration. Two of the buildings are Gothic, one with white marble columns and capitals. The village has its own mineral water source, analyzed by the recognized geological study Prof. Roberto Chietoni. The distances to reach Lucca are 10 km, Camaiore 19 km, Viareggio 20 km, Pietrasanta 26 km. Pisa airport is only 32 km away, Florence 82.
The name “Batoni” derives from “Bato” (Latin), a Roman legionary who inhabited the village in ancient times.
Batoni was the birthplace of the great painter Pompeo Batoni (his works in all the museums, including the National Gallery).
The Via Francigena passed in front of Villa Barsotti.
the building complex is suitable for luxury accommodation.” 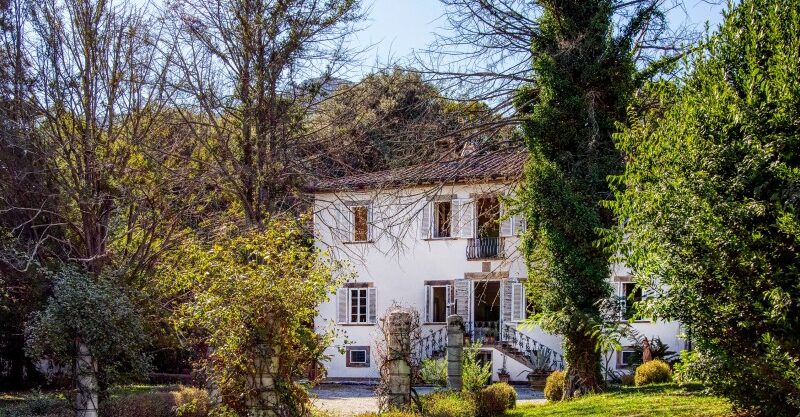